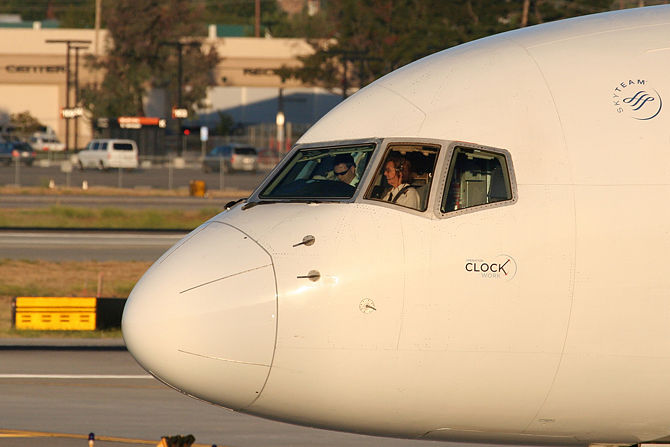 Becoming a commercial pilot can be one of the most exciting careers out there. You get to travel, you get to fly and you get to be a part of a loyal and committed network that will stick by you through your entire career. Plus, you can stand to make a handsome wage and some great benefits. If you want to make flying a plane your career, you need to jump over a few hurdles first – one of which is actually learning how to fly a plane. There is a good chance that because you want to become a pilot, you have already flown an aircraft, but getting a recreational pilot’s license is a little different than getting your license to fly a big jumbo jet. Here is how to pursue a commercial pilot career.

Your first step in becoming a commercial airline pilot is to look at your educational career. Have you finished high school? Have you finished your four-year degree? In most cases, a commercial airline will want to hire someone who has completed at least four years of college. If you are making your career switch later in life and have only graduated high school, you may want to think about going back to school or going through some kind of associates degree program. In the end, learning how to fly is one thing, but having a strong educational background is important too.

After you have evaluated your educational background, you want to start learning how to fly. There are many courses you can take to get your commercial pilot’s license. Usually, you will start on the ground – in a flight simulator. A commercial jet – there are many different models – is complicated to understand. There are many different controls that are all vital, from takeoff, to keeping the plane leveled in the air, to the touching down when the aircraft gets to its destination. Not to mention, you also have a plane full of people. This is the reason why it is so vital to spend time in a flight simulator, which is usually just a cockpit outfitted with virtual renderings – much like a video game.

Next, you need to get some time with actual planes. Not only will you get experience with the actual planes, but you will also learn about the mechanics too. For instance, would you know the difference between Lycoming engines and Rolls Royce engines – both engine models and systems are used commonly in different aviation capacities. You will also want to get a feel for what it’s like taking a plane into the air and landing it. Not only will it be thrilling, but it will also get you accustomed to your future career as a pilot.

Lastly, you want to start looking for available positions. There are many pilot career resources you can use to find employers that are hiring. With a strong resume and a log of all the hours you completed, you will undoubtedly find a job as a co-pilot. Soon enough, you will work up the ranks. After many more flight hours and experience on the job, you may even work your way up to being captain. In the end, it is all about how motivated you are, but also about how much you love flying.